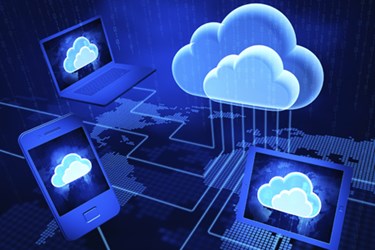 APS Medical Billing Specialists based in Wareham, MA, relies on its technology infrastructure to offer cutting edge services. With clients across the U.S., APS provides medical billing and revenue cycle management services with a major concentration in the field of radiology. APS had 26 servers powering individual services such as business intelligence, reporting, and line of business applications. The servers were aging — which was resulting in performance issues — and some servers were running Microsoft Windows Server 2003, and it’s end of service this year necessitated change to keep systems secure and HIPAA compliant.

APS turned to its managed services provider (MSP) ComputerSupport.com for a solution. Kirill Bensonoff, principal at ComputerSupport.com, says the companies had worked together for eight or nine years, taking APS through a number of tech transitions. Leading up to 2015, once again, they planned together for an upgrade. “We have regular conversations with our clients about where to go next,” Bensonoff says, explaining that one staff member at ComputerSupport has the title of “business technology advisor”, working with engineers and customers to look at needs, to work on a strategy and budget, and to develop a plan to complete the project.

Kush Patel, lead systems engineer for ComputerSupport.com, says his company presented three options to APS: replacing servers, using a public cloud, or establishing a private cloud and using virtualization. One-to-one hardware replacement proved to be the most expensive option. Public cloud also added up to a higher cost than private cloud and virtualization, and, for the HIPAA-regulated client, also presented too many unknowns including APS’ top concerns of uptime and disaster recovery.

Patel explains after choosing to transition to a private cloud and to use virtualization, ComputerSupport.com evaluated hypervisors with APS’ concerns, systems, and processes in mind and opted for VMWare.

Patel says the biggest obstacles to deploying the solution was minimizing downtime for the client — they coordinated their schedule with APS as well as scheduling some work on off-hours and at night.

For the end user, there was little change in how they used their systems and applications, but some training was necessary related to the move to cloud services such as, for example, instruction on their new email service.

Patel says one significant benefit to the client is a substantial increase in performance. For instance, one process APS performs overnight previously took eight to 10 hours to complete — and it now takes about four hours. “They can do more in less time,” he comments.

Bensonoff adds that the solution enables ComputerSupport.com to respond to issues and keep the system operating optimally: “If we get an update that the server is sluggish or slow, we can add more resources on the fly.”

Stephanie Hulbig, director of management information systems for APS, says, “Our company is no longer reacting to adverse network issues; instead we are in a proactive mode of operations.”

“The wide variety of expertise [ComputerSupport.com] brings to our company not only in running the existing network but in the telecom area, planning for growth, and budgeting has been a tremendous asset,” she says.

ComputerSupport.com will continue to work with APS on this project running disaster recovery tests and providing managed services. Bensonoff notes the company can use the solution developed for APS in other locations that transition to cloud computing and virtualization.