Men: Let's Get Past The Discomfort Of Sexism In IT 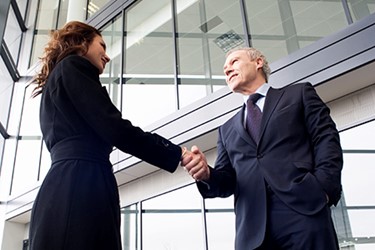 Even as I broach this topic, I admit that I’m unsettled with how to go about addressing sexism in our industry.

I’m fortunate to have a sounding board in my colleague, Abby Sorensen, who recently authored this column for MSPinsights.com. Abby and I have been discussing sexism—and more broadly, the lack of diversity—in IT for some time now. I’ve confided in her that as a man, I’ve felt a bit unqualified to address the struggles women face in this industry. I’ve not felt discrimination. I’ve not been harassed. I’ve never felt uncomfortable, slighted, or discounted in the male-dominated front offices of the industry I’ve served for nearly 20 years. I’ve never questioned whether or not my compensation is affected by my gender. What gives me the right to lend my voice to the conversation?

But that’s just one element of my discomfort with the topic. There’s also a looming sense that my commentary might come off as contrite, perhaps due to some deep-seated guilt that’s inherent in my gender. Maybe it will, and that’s a tough thing for me to reconcile. I’m a relatively altruistic guy who, naively, believes that merit-based equality will win the day. And the thought that I might acknowledge some semblance of guilt for being a man is not a very comfortable notion. I don’t think I’m the only guy in the IT channel who harbors these reservations, which exist for a few reasons; most of us are good guys (albeit ignorantly unaware of the severity of the problem), those who contribute to the problem are understandably uncomfortable discussing it, and even those of us who are aware of the problem recognize that it’s an incredibly complex issue to solve.

Still, I’m compelled to write about it because broaching the topic is more important than any sense of insecurity I might feel about it.

Rather than force my well-protected masculinity to grapple with philosophy and emotion, it occurred to me that relying on the stats might allay my concerns or alleviate my discomfort with addressing sexism in the IT industry. Facts are facts, and the fact is that while women filled 47 percent of all U.S. jobs in 2015, they only held 24 percent of STEM jobs. That’s according to the STEM Jobs: 2017 Update report released by the U.S. Dept. of Commerce’s Office of the Chief Economist.

A few more facts, these from the U.S. Census Bureau:

That’s the employment and pay gap story in IT, in a nutshell. Those are the facts.

But these facts are just one facet of the sexism that’s pervasive in our industry. Making them known is important, but it doesn’t fully satisfy the responsibility I feel to engage in the greater sexism discussion. That’s because I hear too much about another, even uglier side of sexism. I hear about it because I earn a good part of my living retelling stories. Some—a percentage that’s probably corollary to the relatively few women who work in IT—are told to me by women. And those stories often include anecdotes of diminutive, if not harassing, treatment of women by men.

They come from women like Barb Paluskiewicz, CEO at MSP CDN Technologies, who told me a story about weighing in on some tech talk among a few men at a recent industry event lunch table. One of the men suggested that perhaps Paluskiewicz’s husband, who co-founded the business with her, might be better suited for the discussion. The other men at the table thought that was pretty funny.

Alicia Kreisberg, CAO at VAR One Step Retail Solutions, shared a similar stigma—the assumption of nepotism—she faces as the spouse and partner of an IT service provider founder. Kreisberg sits on my editorial advisory board, and I’ve spent enough time with both her and her husband, Scott, to know that nepotism didn’t factor into her rise from an administrative role to the C-suite. She keeps that place running.

Abby also has stories. Like the one about the guy on a golf course at a vendor-sponsored charity tournament who asked her—one of only a few women playing the round—if she was supposed to be working the drink cart. While certainly not laughable, the jarring insult takes on a snarky kind of humor when one sees Abby’s scorecard; she’s a nine handicap who played collegiate golf.

These are just a handful of examples. I’d challenge you to find a woman in this industry who can’t share at least one sexist experience in a professional setting. The point here is that sexism runs much deeper than the wage and employment gaps between genders. And while its most measurable impact might be to the pocketbook and laid out in plain sight by statisticians, its most destructive impact takes place in conference rooms and on tradeshow floors and at corporate golf tournaments, where women are so often subject to the definition of sexism: Behavior, conditions, or attitudes that foster stereotypes of social roles based on sex. If you’re not aware of the sexism that your female employees and colleagues are routinely subjected to, just ask them.

This next bit is for you women, particularly you young women in the formative years of your careers. There is an upside. While the employment gap is considerable, the gender wage gap is smaller in STEM jobs than in non-STEM jobs. Women with STEM jobs earned 40 percent more than men with non-STEM jobs. That’s according to the Dept. of Commerce’s Office of Economics and Statistics Administration. There are great careers in technology. We need to make these jobs more appealing to women.

Back to you, men. Maybe you’re feeling a bit helpless about sexism in our industry. Maybe you acknowledge it, but you feel like I did—like you’d be speaking out of school to address it. I get that. But we outnumber women in this industry by something on the order of 8 to 2, and the margin is even wider in the c-suite. By and large, we’re the ones approving salaries, greenlighting recruits, and setting the cultural tones of our companies. That requires us to be involved in solving the pay gap, recruiting more women into the field, and most importantly, driving cultures that demand equal respect across gender lines. None of that will happen if we’re not talking about it.