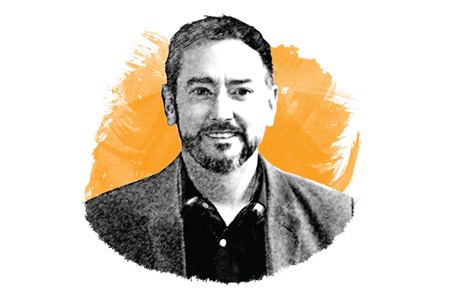 World Wide Technology (WWT) is fresh off the completion of the first phase of a multi-year and very lucrative partnership with Schnuck Markets, a $3 billion-in-annual-revenue St. Louis grocery/pharmacy retailer.

The project isn’t your run-of-the-mill POS upgrade. Neither is it the typical management of Schnuck’s IT infrastructure and end-points. It’s the rollout of a loyalty app that tracks customer purchases and awards loyalty points based on those purchases. More important to the WWT client, it deepens Schnuck’s connection to its customers — building retention and upsell opportunities — while collecting high-value purchase behavior data that allows the grocer to make better product allocation and merchandising decisions. All of this is guided by WWT, a company that got its start 28 years ago as a hardware VAR.

How did WWT shrug off its reputation as an IT infrastructure company and extend its tentacles into the development of Schnuck’s loyalty app?

In two words, it listened. Over the past three years, WWT has invested heavily in the redefinition of the company. It’s broken the VAR mold by building a highly consultative digital services arm that, according to Managing Director of Digital Experience Josh Hogan, gets the company into the C-suite and allows it to extend its VAR reach down through the client organization. That’s diametrically opposed to the vice-versa struggle in which so many VARs and MSPs are engaged. “We can provide more value to our clients by entering the executive’s door as a trusted advisor than we can by engaging the business owner on a tactical project and trying to work our way up,” says Hogan. “Our historical growth has come from providing an immediate service for an immediate tactical need. Now we’re operating further upstream, where we can make orders instead of taking them.

The relationship between the two St. Louis-based companies is exemplary of your clients’ appetite for digital transformation as an extension of the core IT infrastructures you deploy and manage. It’s also illustrative of a fast-growing trend among VARs and MSPs — the addition of software and app development, and data capabilities to their line cards. Your clients want it. They’re going to get it somewhere. They’d prefer to get it from someone they know, trust, and are already tightly coupled with. Someone like you, their IT resource of record.

While it’s invested in app development and data analysis capabilities to enable projects like the one at Schnuck, WWT isn’t dropping big marketing bucks to promote its digital transformation revolution. “It’s a challenge to change the market’s perception of us, but our strategy is to find those customers willing to invest in us and wow them,” says WWT VP of Digital Matt Sebek. “When others see the best-in-class experiences we’re creating, they want to know who made that, how it happened. That’s fueled our growth faster than any branding campaign would.”

Those of you clinging tightly to the traditional definitions of the VAR and MSP models and defending them to a fault will refuse to acknowledge this, but World Wide Technology remains a reseller and managed service provider. It’s also a whole bunch of other stuff. It’s all that other stuff that’s fueled its growth from a small hardware reseller in 1990 to a 5,000+ employee, $10.4 billion company today.