Automation And The Fate Of The IT Professional 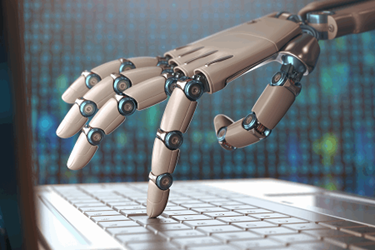 There’s been no shortage of press about the IT labor situation in India. In case you haven’t been following, here’s a quick summation. The country’s outsourced IT shops are like our brick-and-mortar stores. There are too many of them. They’re occupied by too many employees for the times. They both face threats posed by automation and Amazon, respectively, nemeses whose names are nearly synonymous.

You might argue that a sci-fi scenario—the one where mankind is overtaken by its own invention—is slowly playing out over there. How many developers and engineers among the country’s estimated 4 million-strong IT sector employees played a hand in creating the very automation technologies that now threaten their employment? According to the National Association of Software and Services Companies, the IT industry in India rakes in $150 billion annually (60 percent of which, by the way, is billed to companies right here in the U.S.). Despite that staggering figure, the country’s tech economy is not growing fast enough to accommodate the more than 1.5 million engineering graduates who enter the workforce each year, much less the nearly 3 million enrolled in STEM studies annually. What’s worse, a report from new Delhi workforce solutions company Aspiring Minds found that only 3 percent graduate equipped with the skillsets necessary to contribute to advances in the software or product market, and just 7 percent are prepared for core engineering tasks. The study found nearly 91 percent of graduating software engineers lack desired programming and algorithm skills required for IT product companies, some 73 percent lack soft-skills, and nearly 60 percent lack cognitive skills. Entry-level IT services associates fare only slightly better. Employers report that only 18 percent of graduates are trainable within 3 to 6 months. More than 52 percent of engineer applications are rejected because candidates are deemed untrainable for soft skills, and almost half are rejected for lack of technical trainability. The study blames outdated syllabi, poor teaching, and a lack of innovation and research in the Indian education system that results in poor skills-based training.

Last year, Indian IT trade group NASSCOM (National Association of Software and Services Companies) declared that more than 40 percent of IT workers there will need to be reskilled in the near future. Meanwhile, Capgemini India CEO Srinivas Kandula went so far as to estimate that 60 to 65 percent of Indian IT employees are simply not retrainable. That tracks with the Aspiring Minds data and it paints a pretty dire scenario.

Indian IT firms are reacting. Infosys CEO Salil Parekh, for instance, acknowledged the need for the company to make some future-friendly changes.  In a recent call with Bloomberg Quint, he said Infosys must accept margin sacrifice now and invest in IoT technology and new skillsets to be ready for tomorrow. Retraining employees, localizing its workforce in the US, and building up sales staff were among the skills building activities he referenced—despite Kandula’s aforementioned estimation of the unretrainable.

True to analyst predictions, the Infosys strategy marks a departure from the traditional low-cost, high-headcount approach to IT services, aligning more closely with a smaller, albeit more skilled employee investment and flexible automation of task-based services.

Is U.S. Tech Employment In Trouble Next?

Is the U.S. on the precipice of a similar scenario, albeit not quite to scale? Our high schools are still in full-on “encourage-kids-to-join-the-tech-trade” mode and IT professional associations continue to play a digi-techno siren song of advocacy for the IT profession. But if the trend in India is any indication, this professional education that just a few years ago promised the best return on the college investment and a high degree of job security might soon become—unless it comes with an uber-high degree of specialization—one of the riskiest propositions a kid can take.

Meanwhile, there’s evidence that plenty of tech service companies right here in the U.S. are in their own way enabling entry-level associates to risk their future employability by eschewing automation despite its inevitability, and thus putting their own businesses at risk by continuing to work harder, not smarter. Worse, they continue allowing their customers to work harder, not smarter. Even as IT task automation tools flood the market, how many VARs and even MSPs continue to get their fingers dirty (and their payrolls stacked) with patch management, OS enhancement, logging, failure monitoring/detection/and remediation, systems backups, reporting, edge computing, network monitoring, and tens of other automatable IT tasks?

So, what gives? Are we trying in vain to hang on to a labor-based economy in spite of its digitization? Are we collectively an oxymoronic industry of tech service professional luddites? Do we subconsciously fear the pain being felt in India right now, where tens of thousands of IT professionals are un- or underemployed and millions more are actively being “re-skilled?”

But, how long will it last? It’s a paradox, for sure. U.S. B2B tech consumers are hungry for automation. Even the employee-bloated federal government yearns for it. A late 2017 survey of 150 federal government decision makers conducted by cloud business process solutions provider ServiceNow found 41 percent claiming they need IT automation within the next 12 months to keep up with the rising volume of everyday work. More than three-quarters said they’ll need greater automation within five years to keep up with the increasing pace of work at their agency. Another three-quarters said they spend more than a quarter of their workday on the following manual administrative tasks: emailing updates, requests or approvals (87 percent), updating spreadsheets (78 percent), and updating electronic documents and forms (77 percent).

About a year ago I sat across from Logicalis CEO Vince DeLuca in his Pittsburgh office as he pointedly summarized his company’s intent, and it’s an intent representative of the IT sector on the whole. “We need to automate the shit out of everything that exists out there. We need to take the human factor out and replace that with automation, ruthless automation of every task,” he said. As a leader in the business of IT, DeLuca is right. As a provisioner of IT, you should be actively positioning yourself as an enabler of automation. Meanwhile, students of IT might consider a similar course of study. Specialization equals differentiation. In this gig, there’s a thinning line between actively automating and being ousted by automation.