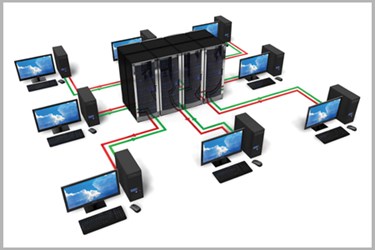 Often, the mention of Disaster Recovery produces thoughts of monsoons and hurricanes, complete chaos, no power, etc. In reality, for many businesses a disaster is simply as an event that creates an inability for the business to function. Disasters come in many shapes and sizes – the natural disasters we all think about, but also chemical spills, building fires, broken water pipes, and, on a much smaller scale, a virus-infected server.

When you ask a company about their IT disaster recovery plans, you’ll inevitably hear about backups of data and servers, use of server virtualization, even hot or cold disaster sites. But rarely do you hear about workstations. And that’s odd, because while it’s great that a company can get all their IT infrastructure back up and running, if there are no client machines to connect to the infrastructure, what good is it?

At best, workstations are an afterthought. But the reality is without them, a business simply cannot operate.

Even IT Professionals are guilty of being ill-prepared when it comes to workstations. Many of you may lean back on the “we have a workstation image” line of thinking, but it’s worth considering that, while an image may serve as the basis for a workstation, a given machine usually has been modified from the image by either managed changes, such as Group Policies, scripts, manual updates, etc. or by unmanaged changes – a.k.a., the user of that workstation customizing it to their liking. For a user to be productive, they need a workstation recovered to as close to the last known state as is possible.