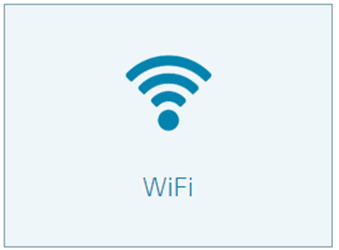 By every definition, it was a wireless access point (WAP) upgrade that had seemingly checked every box of thoughtful preparation. Fancy Wi-Fi heat maps, an in-depth proposal, and well-paid consultants. After deliberation by top brass, the district-wide upgrade was greenlit. Three large high school district properties serving thousands of students and staff were assured by consultants that their daily Wi-Fi issues were about to become a thing of the past.

Months after the work was complete, serious issues started to crop up. Areas with high-density needs were improperly scoped; WAP placement in many locations was less than ideal. Signal strength assumptions were made based on Wi-Fi surveying hardware that we found didn’t represent the actual real-world devices, as the schools had weaker radios than were accounted for in the assumptions.

Since I was working in the IT department for this district at the time, I worked alongside our network engineers to fix WAP placement and add more WAPs to numerous classroom areas. Over the span of nearly two years, we worked on fixing a deployment that seemed too large and too meticulously planned to whimper along for so long.

That nightmare gave me a chance to reflect on the best practices I should be using when proposing large Wi-Fi installs for clients of my Des Plaines, IL based MSP, FireLogic. Here are some of the key takeaways any MSP can chew on.

I’ve been convinced for years that good Wi-Fi coverage is as much an art as it is science. After being involved with hundreds of Wi-Fi deployments in my IT career, I consider Wi-Fi heat maps to be a mere barometer and not an end-all, be-all for final judgement on WAP placement.

There are just too many variables that even the best maps can’t always account for. You cannot replicate the real-world radios in use across all client devices, so your signal sample is always biased toward just one radio – your test radio. When dealing with new construction, in particular, heat maps are often conducted before final walls and other natural obstructions become present (shelving, metal doors, etc.).

I much prefer to rely on in-person, visual site walks that mix in objective human consideration of variables like device concentration, final construction realities, along with both how exposed can I keep WAPs and how centralized in high-use zones can I place them. Use heat maps as a check and balance against your actual professional intuition.

#2: New WAPs Are Only As Good As Their Weakest Link

I’ve lost track of how many times clients have brought me in for Wi-Fi upgrade surveys and insisted that the rest of their network is in perfect working condition. In reality, most of the time when we’re being asked to handle WAP upgrades, the network behind it usually has one or more gaps that need to be addressed as well.

Core network components like switching, firewalls, and even cabling should all be under a microscope when discussing new WAPs – especially when replacement schedules are more than five years apart. With the big rise in 802.11ac penetration now and the upcoming push toward 802.11ax, multi-gigabit considerations for congested Wi-Fi environments are far and above what we saw in the days of WAPs that could only push a couple hundred Mbps per unit.

Pitching modern WAPs that sit upon an aging backbone merely puts your whole deployment at risk of failure, and considerable embarrassment. Even if it means you have to turn some clients down, one bad install like the one I had to patch up in my previous position could be the negative publicity you may not shake.

#3: Standardize On Vendors You Trust

Too many MSPs fall victim to the old adage of falling into vendor allegiances based on short-sighted principles like the cheapest hardware, no licensing requirements, etc. If there’s one thing I’ve learned about choosing Wi-Fi vendors that will lead to long-term success, it’s that you need to take into consideration numerous factors, some of which aren’t always apparent on the first engagement.

I won’t name vendors, but some of the traits that have impressed me the most and keep me coming back time and again include seamless management, automated, timely patches, bleeding edge feature sets, and 24x7 phone support (which has saved our rear ends on numerous occasions). We spend less time deploying and supporting devices and that enables our firm to take on more managed IT clients and additional project work.

Consistency is definitely key. Watch how a vendor treats you over multiple client projects since many are guilty of throwing “all their weight” behind the first sale—perhaps thinking an MSP will become complacent over time. Hold their feet to the fire on all aspects– presales engineering, ordering, and post-implementation support. The best and most trusted vendors will hit home runs on all sides of the equation, time and again.

#4: Ensure Client Expectations Are Agreed To Before Any Proposal

Many Wi-Fi deployments are considered a failure, even if there is zero fault with the scoped hardware and labor delivered. These ‘soft-fails’, as I call them, are due to intangibles that don’t show up on the project plan.

Perhaps a client had fully expected Wi-Fi to reach an outside lounge area, but you unfortunately determined outdoor WAPs likely wouldn’t be needed, to your detriment. Or maybe that a certain high-density area of a building “only” gets slammed once a month, so you quote cheaper hardware, but that certain event happens to be a high stakes board meeting. We’ve all been there, and I’ll be the first to admit it.

Every time you acquiesce (usually on cost) to make your proposal look better against other bidders, you open the door for critical expectations to be misaligned. Be clear on walkthroughs about what areas are “need to have” versus “nice to have” for coverage. Likewise, ensure that density considerations are clearly defined, and if a client pushes to save on cost for something you feel is a necessity, get it in writing and be transparent in the proposal.

You usually only have one chance to shine in the client’s eyes. Expectations are appearances, and appearances mean everything.

Great Wi-Fi Needs MSPs To Be Holistic In Approach

Any vendor can sell Wi-Fi as a commodity these days, and therein lies the problem. The market is saturated with hardware willing to fight the price war to the very bottom, and many MSPs are falling victim to believing they can differentiate themselves on price alone. As with any paradigm shift in our industry, this doesn’t last long.

As Wi-Fi becomes ever more critical to organizations, and client density continues to grow due to IoT, playing the same old card will start to fall flat. Proper planning and expectation matching are becoming much more important than ever before, back when Wi-Fi was merely a nicety for the breakroom.

A methodical approach to the way you scope Wi-Fi projects, when done right, can scale from the smallest of installs to the largest conference halls and be extremely profitable for any MSP.

Derrick Wlodarz is President and Founder of Des Plaines, IL (USA) based Managed IT Service firm FireLogic. He has 13+ years of IT industry experience spanning the private and public sectors. His firm specializes in providing SMB clients with managed IT support, consulting, and training. Derrick is a long-serving member of CompTIA's Subject Matter Expert Technical Advisory Council that shapes the future of CompTIA exams across the world. In addition to being an IT industry speaker, his work has been academically published in The Journal For Social Era Knowledge. FireLogic is a partner of TBI, a master agent who assists partners through their upmarket technology and marketing needs so they can communicate their expertise.