Why A Veteran Is Your Next Hire

MSSP BLOKWORX’s CEO Robert Boles offers a strong argument for hiring veterans into IT careers. His experience-based opinions are backed by the stats. 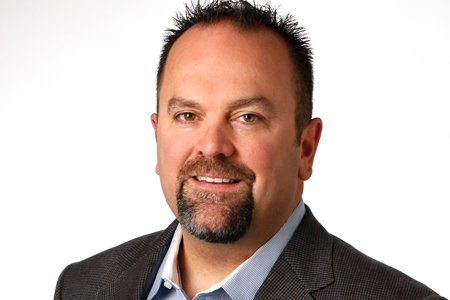 According to the U.S. Department of Labor’s Bureau of Labor Statistics, the unemployment rate for Gulf War-era II veterans is a full 1. 5 percent higher than it is for nonveterans. Among the most employable of that demographic, 25- to 34-year-old men and women, the veteran unemployment rate sits at 6 percent and 5. 5 percent, respectively (compared to 4.5 percent and 4. 1 percent for nonveterans).

What do all these veteran employment statistics have to do with running a technology services business? They support the premise that a talent-rich veteran workforce stands ready to solve one of the channel’s perennial problems — finding and retaining tech talent. In an age of high-tech and cyber warfare, the armed forces are churning out some of the most highly-trained, hardest- working, disciplined, and available professionals in the labor pool. Robert Boles knows this.

Boles, CEO of managed security services provider (MSSP) BLOKWORX, is himself a veteran of the Marines, who served in Operations Desert Storm and Desert Shield. As his company grows, he’s focused on creating opportunities for veterans in his own employment practices and advocating for the leaders of other tech companies to do the same.

Boles doesn’t lean on some altruistic, fraternal responsibility to support veteran laborers. His rationale is matter-of-fact. “In tech, you hire specialized people to do specialized work,” he explains. At BLOKWORX, that specialty happens to be cyber security, a well-funded and growing field in the military. “There’s literally a cyber defense discipline of the armed forces, where we’re seeing a growing population of service people training in cyber security as a core military specialty.” Those folks, he says, are in demand, and they’re the easiest hires in the industry. “They’re stress-tested. They’ve worked in environments that induce pressure and test their ability to function under pressure,” explains Boles.

The transition to private-sector managed security services, he says, is a natural reintegration to civilian life for veterans, because the nature of the work parallels the military mission. “In cyber security, there’s an adversarial relationship between the good guys and the bad guys. There’s a dark side and a light side and clear differentiation between the two. It’s our job to protect our clients from the bad guys,” says Boles.

“WE’RE SEEING A GROWING POPULATION OF SERVICE PEOPLE TRAINING IN CYBERSECURITY AS A CORE MILITARY SPECIALTY. THEY’RE STRESS-TESTED. THEY’VE WORKED IN ENVIRONMENTS THAT INDUCE PRESSURE AND TEST THEIR ABILITY TO FUNCTION UNDER PRESSURE.”

Boles doesn’t just talk a good game, he practices what he’s preaching. One of his key hires offers a case in point. When Boles met him not long after completing his service, the vet was paying his way through junior college driving a forklift at a local brewery. Boles learned that the young man had run the equivalent of a NOC while on a tour of duty in Afghanistan. “The more I learned about his skillset, the more astonished I was that he was available. We brought him on as soon as we had the opportunity to, and now he’s one of my best guys. He wants to do this purpose-driven work in cyber security. It’s one of the few places where us-versus-them is a healthy occupational mindset.”

TRAINING, LOGISTICS A WAY OF LIFE

Some of the greatest opportunities available to TSPs are consultancy-intensive. Consider the incredible need for cyber security awareness and training.

A 2017 study by Ipswitch, “Insider Threats and Their Impact on Data Security,” found that insider threats accounted for 75 percent of security breaches. But those threats aren’t all malicious. More research from Black Hat found that 84 percent of reported cyberattacks are due to human error. That creates a huge opportunity for MSSPs to be of service, and for ex-military cybersecurity experts to exercise a skill that’s woven into their very fabric. “In the military, you’re either training or being trained at all times,” says Boles. “You’re either learning what works or getting a very clear lesson in what doesn’t work,” he quips. As MSSPs build out their cybersecurity training offerings, the organizational training experience that’s built into veteran employees’ professional acumens could prove immensely valuable. These are people who have a fundamental understanding of security clearances and accountability.

Boles also points to planning and logistics as skills that are seemingly baked into military personnel and which support a couple of strategic initiatives at BLOKWORX. Beyond offering general managed security as a service from a handful of security application providers, Boles is building a platform to support an ecosystem of “modular, scalable solutions with components that interact cleanly together and create a very reduced threat surface” for his clients. This requires the coordination of an extended and continually growing environment of partner applications that cleanly integrate with one another.

“Our business model requires us to leverage an extended team in a predictable manner,” says Boles. “That requires a diligent focus on quality control and service levels, working side by side and fostering relationships with those who share our commitment to getting things done.” Almost by default, veterans are adept at the logistical coordination of teams that work congruently on any number of mission aspects. But Boles also warns that it takes a lot of time. “It’s taken 12 years to get here, to a place where my partners are vetted and aligned, our integrations are built, and we’re confidently and consistently deploying good work,” he says.

That good work has put Boles on pace to more than triple his workforce as BLOKWORX rolls out an advanced endpoint threat protection platform that will be available through the channel. Veterans—both those Boles hires and those he partners with—will continue to play a crucial role in the company’s growth strategy and its differentiation in the market.