By Paul Evans, CEO of Redstor 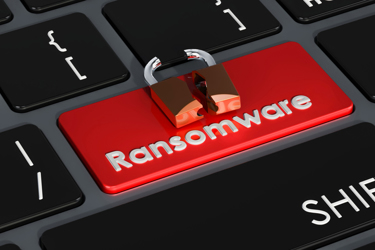 Ransomware attacks continue to rise. According to SonicWall, there were over 600 million incidents worldwide in 2021, more than a 100% increase over 2020, three times the volume of 2019. IDC has noted more than 90% of organizations have been the target of malware/ransomware, with over 80% experiencing a successful attack.

While bad news for mainstream business, ransomware’s success is encouraging bad actors with bigger goals. They’ve introduced Ransomware as a Service (RaaS), providing criminal wannabees a platform with the code and infrastructure to launch their own campaigns. In fact, the FBI and Secret Service recently released an advisory about the RaaS group, BlackByte, and its targeting of critical infrastructure in the U.S.

It’s a reminder of how the subscription-based approach is gaining steam, and make no mistake, RaaS is a huge revenue opportunity for hackers. Further, with more lines in the water, the volume of incidents will increase exponentially, spreading an already stretched IT and security community even thinner. That’ll place an even heavier burden on companies still struggling to back up and protect critical data alone, much less all of it, and never mind what’s in SaaS apps from Salesforce to HubSpot to Microsoft 365.

For hackers, there will be even more vulnerable companies, and as history has already shown, if they target the right ones, some will pay up even when they have healthy backups ready for restore. That’s because the cost of downtime can exceed the cost of payment. Aside from the price of the ransom itself, companies with frozen systems face loss of revenue, productivity, and reputational harm that’ll send customers to the exits.

That’s why an organization handling critical infrastructure like Colonial Pipeline, one which probably had backups at the ready, likely decided to pay $4.4 million in ransom. They didn’t know how long it would take to get up and running again. And according to ITIC's 2021 Hourly Cost of Downtime survey, just a single hour of a server being inoperable costs $300,000 or more for 91% of midsized and large enterprises.

A company can’t afford to rack up such costs – which is also why managed service providers (MSPs) are in demand.

Fortune Business Insights projects the global managed services market will reach $557.10 billion by 2028, driven by a strong CAGR of 12.6%. That’s a lot of opportunity but only if an MSP is ready to perform. Data protection - particularly preventing against and recovering from ransomware - will be a key service. Backup and recovery, crucial to overcoming the threat, have evolved dramatically over the past decade. So, there are a few specific areas beyond the obvious must-have capabilities that should be evaluated if an MSP wants to please in today’s marketplace.

Foremost, MSPs need a platform purpose-built to provide the simplest, smartest way to protect customer data while driving revenue growth. It should offer unified backup and recovery of data residing on modern and legacy infrastructure, on-premise or in the cloud, as well as data within SaaS apps, via a single, multi-tenant application. It also will need to deliver immediate data access and mobility. Options like streaming should be considered because when engineered correctly, it can bring mission-critical data and apps back in seconds, even as less critical recovery continues in the background.

MSPs should look for platforms that leverage emerging technology, mainly because innovation often shapes future market direction and leadership. For example, ransomware and other malware can go undetected in a system for weeks, even months, so threats get swept up into regular backups. Then, when a business needs to recover fast from an attack, the backups reinfect their systems. To counter this, some platforms now use artificial intelligence (AI) to identify, isolate and automatically remove malware from backups, leaving clean ones that allow for safe, quick recovery.

That said, though, it’s a two-way street, and MSPs are in a position to make demands of platform and software providers. Foremost, if a technology is meant for MSPs, it must be designed to be partner friendly from the ground up. The following are some criteria to consider:

It’s a pivotal time for MSPs. While there are lots of greenfields ahead, there are serious obstacles, not the least of which is the remote vs. on-site conundrum. And, of course, threat-wise, despite the damage already done, we haven’t seen anything yet when it comes to ransomware with RaaS opening the floodgates.

MSPs will be in demand, but if they’re not prepared to handle the business, they can just as easily fall by the wayside as competitors carve out sizable footholds and position themselves for future success.

It’s make or break time for MSPs – and how they handle the demands of ransomware will determine the players.