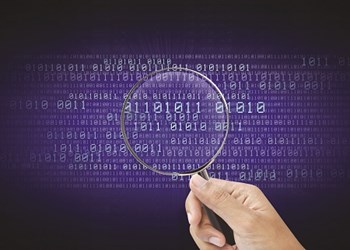 As we embark on a new decade, it’s striking to think how many major changes have taken place in the very recent past. Consider this: we’ve been living in the smartphone era for over ten years. If we think back even further, the “cloud” grew from a mere concept in the 1960s to a buzzword in the early 2000s—then into the ubiquitous state of strategic computing today, in which public, private and hybrid clouds are everywhere. User expectations, in particular, challenge the way businesses operate around the world. For those of us who remember the days of dial-up: try to recall how long it took to connect, let alone download an image! Today, each of us expects to receive personalized, relevant, and immediate experiences, quickly and without lag, via cloud, mobile, social, and artificial intelligence— while simultaneously expecting our personal data will remain secured and private.

One thing that hasn’t changed is the relentlessness with which hackers work to steal data, compromise systems, and generate profit. Many of the tactics remain the same; phishing has been around for ages and it’s still a primary tool for dropping malware and gaining unauthorized access to sensitive information. Meanwhile, other tactics have evolved significantly; if we think back to ten years ago, we hadn’t yet heard of ransomware, the effect of cloud computing on security was a big question mark, and only 28% of attacks used social engineering tactics. 1 The last couple of years, in particular, have made a remarkable impact on the threat landscape. For instance, malicious IP addresses, URLs that take unsuspecting users to dangerous sites, cryptojacking that mines for cryptocurrency without the user’s knowledge or consent, ransomware in its variations, and increasingly vicious and stealthy malware—all of these are newer dangers to businesses and individuals alike.

In this year’s Webroot ® Threat Report, we take a deeper look into what we’ve seen in these and other categories, and include further context on targeted industries and common malware locations. With an in-depth view of massive amounts of both good and bad web traffic, we use our informed understanding of what has happened during the past decade to foreshadow what 2020 may bring, and help you make sense of these trends in a rapidly changing world.