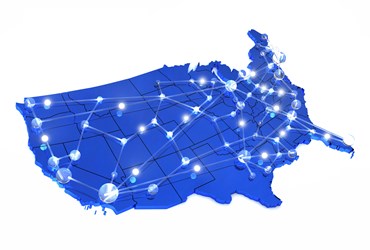 Once upon a time if your dream was to be successful in technology you had to be in Silicon Valley. But with the industry evolving and a new generation of workers placing more of an emphasis on quality of life, new tech hubs popping up across the country are changing that narrative.

The new story goes like this: Tech workers are willing and ready to move for the right job. CompTIA research backs that up, showing that 78% of IT pros have moved, considered or would consider leaving their current city for a new position particularly if it’s to an area with a lower cost of living, desirable climate and shorter commute times. This second installment of the CompTIA Tech Town Index provides IT workers, as well as professionals working in the business of technology, some guidance on where opportunity intersects with affordability and quality of life.

Based on job posting data over a 12-month period (August 2018-July 2019), CompTIA looked at 20 metropolitan areas with populations over 250,000, where demand for tech workers is greatest. The cities were then ranked based on cost of living, number of postings for open IT positions and projected job growth over the next 12 months and the next 5 years. Read more about the methodology.

The moral of the story is that there is a need for an educated, tech-ready workforce nationwide. The 2019 index includes predictable mainstays like San Jose (no. 3) and San Francisco (no. 5) and up-and-comers like Columbus (no. 12), San Diego (no. 17) and Tampa (no. 19) as well as some surprises, like Jacksonville, FL (no. 18).

Bolstered by a booming economy, Austin, Texas takes the top spot this year, with Raleigh again claiming second place. A mix of coastal and southern cities round out the top 10, including Seattle, Charlotte, Dallas, Atlanta and Huntsville, Alabama—with the Mile-High City (Denver) making the cut as well.

The 2019 list includes many repeat cities—16 to be exact—although interestingly enough, some have shifted in the rankings quite a bit. Of course, the introduction of four new cities means that four other Tech Towns fell off the list from last year (Trenton, New Jersey; Madison, Wisconsin; Des Moines, Iowa; and Lansing, Michigan). Washington, DC continues to be a hotbed of opportunity, with the highest number of IT job postings in this year’s list (not to mention the announcement of the new Amazon H2Q in Arlington) and newcomer Columbus, Ohio took the top honors in the cost of living category this year. The no. 1 tech town, Austin, took top spots in job growth in both the 1-year and 5-year projections.

Ultimately, the CompTIA Tech Town Index illustrates that IT pros are in demand and have nearly endless options when choosing where to live and work. With overall cost of living an essential to 82% of tech workers, and nearly two-thirds citing weather and commute times as important factors as well, the good news is that tech workers have the opportunity to write their own stories.