Just because a prospect says no initially doesn’t mean it can’t become a long-term customer in the future. A case in point is managed services provider INTELITECHS’ experience with a 60-employee biomedical device company that the MSP was referred to a couple of years ago. The decision was between INTELITECHS, a six-employee company, and a national competitor that had more than 200 employees. “Our prices were similar to our competitor’s pricing, but the client perceived it would get better service from a larger company, so they chose them, initially,” says Jacob Hiller, owner of INTELITECHS. “After a little over a year on their managed services program, the client contacted us again and was ready to talk.”

Don’t Compromise Your Managed Services Convictions
As it investigated the situation further, a couple of concerns emerged. “The client felt like it was getting billed every month while its list of open tickets grew longer every day, and the provider rarely came on-site,” says Hiller. This raised 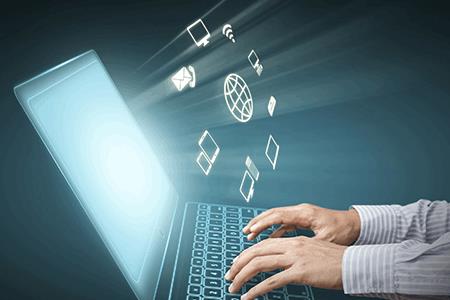 a couple of questions for INTELITECHS, but most importantly, why were there so many problems in the first place? After reviewing the biomedical company’s IT environment, the answer became clear. “The client was running Exchange 2007, and its server was near capacity,” says Hiller. “Plus, its network wasn’t properly configured by the incumbent MSP. It looked like the other service provider had skipped the initial network assessment and left everything as is. Over time, little things like printer issues, slow running machines, and outdated servers and software licenses were the cause of slow computing and regular downtime.”

Presenting the client with the news was half the battle; INTELITECHS also had to convince the biomedical company that several IT investments were in order before it could take them on as a customer. “We explained that we couldn’t work with them if they didn’t make a few overdue upgrades because they would continue having failure after failure, and they’d be in the same situation they were in now,” says Hiller. “To ease their anxiety, we showed them that we could migrate them to Microsoft Office 365 Premium, which would include an updated Exchange Server in the cloud, plus the latest Office licenses for every employee for $13 per employee per month. Not only is this option much less expensive than a $20,000 server and on-premises software license renewal, but the client doesn’t need to worry about making another large capital investment every five years.”

Cloud Services Lead To Upsell Opportunities
After inking the deal with the biomedical device company, Hiller says the client was still highly skeptical about making the switch. “We walked them through our migration plan, which is built on the MigrationWiz tool from BitTitan and includes a detailed pre-staging process to ensure a smooth conversion with minimal downtime,” says Hiller. “They joked with us that if the switchover didn’t go well, we’d owe their company several pizza parties. We upgraded their entire workforce over the course of two days, and there were no surprises.”

Since the migration, Hiller says the former processes of constant server reboots were eliminated, and his company has been able to resolve all tickets in less than 24 hours. “Not every client requires this level of on-site support, but this customer was willing to pay for our Platinum managed services plan, so that’s what we give them,” he says. “The incumbent provider had sold them a program based on assumptions rather than understanding what was important to them, and that’s where they really went wrong.”

Through regular contact with the biomedical device company, INTELITECHS is finding multiple upsell opportunities, too. “We’re currently adding StorageCraft BDR (backup and disaster recovery), which will give the client local backup and recovery capabilities, plus an extended retention period for data stored in the cloud,” says Hiller.

INTELITECHS is also turning to the cloud to address additional business needs for the client, such as the unauthorized use of personal cloud accounts. “The SharePoint collaboration and document management platform is part of their Office 365 subscription,” says Hiller. “It comes with 5 GB, and for a nominal incremental monthly fee, the client gets 200 GB of cloud collaboration. This app offers better security than some of the personal cloud services they were using, plus it enables them to keep better track of their intellectual property. What’s nice, too, is that they can easily add or remove services as their business needs change. That’s something that’s much more difficult to achieve in an on-premises computing environment. Once you buy it, you’re committed to it for the next five years.”