The Evolution Of Cybersecurity 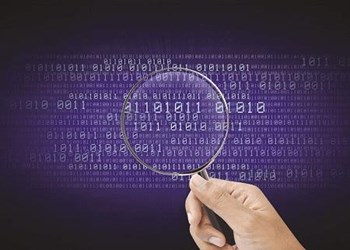 The game has changed. We are in a far different world from the old days when a hack was just some kid with a hoodie showing how clever he was. Now, hacks are far more serious, perpetrated by true criminals who are sometimes backed by governments. It’s a different day and, for businesses to stay relevant and viable, there needs to be a new mindset. And that’s where we, as the solution providers, come in.

I’ve been on all sides of the business during the course of my career, from strategy, to M&A, to marketing, sales, operations, and even finance. So, I’ve had a chance to see the impact of cyberattacks from several perspectives and generations, if you will.

Early on, in the first couple of generations, hacks were generally nuisances designed to cause trouble but still pretty limited in terms of their scope. But as the internet came to be more central to business and our lives, each new generation of attacks started to bring more sophistication and damage. By the time we entered the 2000s, we were already in a third generation of malicious cyber activity. The threats were now coming via apps. Our weapons of defense were evolving, but not fast enough.

Next, malware, zero-day threats, bots, and other deceptive forms of attack started cropping up everywhere, giving rise to sandboxing and anti-bot strategies. Then, another dramatic shift occurred.

When WannaCry and the like struck last year, it became clear we had entered a very different generation of threats. This fifth phase is marked by cyberattacks far more massive and invasive. Worse, they imply a sense of sophistication that lets them take many forms in their paths to invasion. Today’s cybercriminals are wielding weapons-grade cyber tools and services have sprung up to help even amateur hackers pack more of a wallop.

Think about all the IoT devices that are going be dropped on your customer’s network. If I’m a nefarious character, it’s like an all-you-can-eat buffet. Think about cloud services and all the development that goes into each new launch. When just one facet in an ecosystem is changed, all components and security systems that tie to it must also be changed or it’s game over. All it takes is just one line of code, one nuance, and someone is in.

The powerfully malicious capabilities at a hacker’s disposal are only part of the equation. In business, when our customers look at their closest competitor, they might invest in and implement some new element to get ahead. But in terms of cybercriminals, they’re already on it, trying to find a way in. They think in multiple dimensions. And so must we.

At RSA recently, it was startling to see the array of niche players emerging in the field of cybersecurity. So many of them were there to sell services to integrate disparate systems and point solutions. And this, my friends, is exactly where things are going off the rails, to cybercriminals’ delight.

Companies that take the duct-tape, point-solution approach to their cybersecurity — or try and get by with older generations of security — are setting themselves up for trouble. It’s these types of systems cyber-attackers seek because they know non-unified systems always have unpatched holes or vulnerabilities.

The upkeep is complex and time consuming. The cost to manage middleware and get it to talk to other parts of a disjointed solution is burdensome. And, as customers deploy each new point product, they introduce more stress onto their system. Each time an API changes or they develop a custom API, they create potential opportunity for risk. They have to constantly play catch-up with every part of the system. Remember, just one line of code, one nuance, and someone is in. As their strategic adviser and trusted partner, we should recommend against the patchwork approach for this very reason.

To be a more forward-looking service provider, we must understand the only way to ready our customers for fifth-generation attacks is to think architecturally.

Central to an architectural approach is the ability for customers to see what’s happening in their network and IT systems through a single pane of glass. If an anomaly does occur, spotting and containing it is fast and easy. But even better, with a consolidated security architecture, the IT administrators can implement policies and updates in just one system. That means no risk from gaps and jury-rigged setups.

Truly consolidated security architecture will extend across their entire IT infrastructure, including cloud and mobile. With the right threat intelligence, you can actually prevent even unknown and fifth-generation attacks.

I recommend three steps to helping your customers secure their organizations:

As the generations of security have progressed, the years between them have shortened. Generation six is coming. We don’t know what that is yet. But to remain relevant and viable, we have to know what we don’t know. The visibility gained through consolidation is crucial to that. Remember, just one line of code, one nuance, and someone is in. It’s up to us to break the cycle.

Mr Rohlinger is a serial entrepreneur with experience and a successful track record in leading digital transformation efforts as a builder of businesses from ideation through large scale operations. Mr Rohlinger currently has 2 platform and one professional services venture incubating. The professional services venture Cyberchaine, forging the strong links between Cybersecurity, Blockchain and data infrastructure. The connecting of these three technologies together forms the bedrock for secure digital transformation..