SSO Brings Power And Responsibility – Balancing Both Is Key

By François Amigorena, IS Decisions 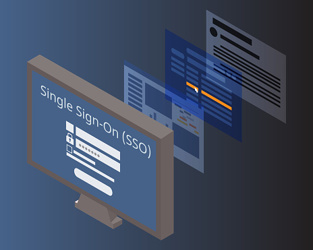 Single sign-on (SSO) is a powerful productivity tool. By making it easier for users to access line-of-business applications, it streamlines and simplifies the user experience. With SSO, users log on once, open a web browser or portal application, and get access to any and every application that IT has provisioned for them.

Acknowledge The Security Risks Of SSO

The driving force behind SSO is providing access (not restricting it), so it makes sense that it comes along with risks (as do all forms of access). What security risks are inherent to SSO?

Does all this mean that SSO is a bad idea? Of course not. But it’s important to acknowledge that there’s an inherent risk to using it.

After all, when you simplify access to many applications for users across the globe, on any device, there’s an inevitable potential for catastrophe (remember, great power...).

Only after the IT team acknowledges the risks of implementing SSO can the organization benefit from SSO’s true potential and power. Not only is SSO a boost to user productivity, but it’s also useful to IT teams as a tool to improve the organization’s security.

So, what exactly are IT’s responsibilities?

IT’s responsibility is to recognize:

Ultimately, responsibility is a mindset. And, like most, it’s one that eventually turns into a change in behavior. SSO’s power demands that IT take a responsible approach and ensures the security that SSO requires. By doing so, IT harnesses the power of SSO, wielding it as not just a productivity tool, but as a security tool as well.

François Amigorena is the founder and CEO of IS Decisions, a global software company specializing in access management and MFA for Microsoft Windows and Active Directory environments. A former IBM executive, François is also a member of CLUSIF (Club de la Sécurité de l'Information Français), a nonprofit organization dedicated to information security.