By Mike McGill and Kevin Jolley, Cowen and Company, LLC 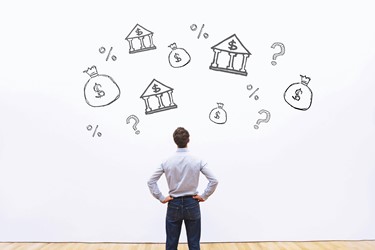 The U.S. M&A market for managed IT services providers (MSPs) was red hot in 2021. We analyzed market activity and reviewed 78 transactions announced during the year. Despite that torrid pace, many buyers missed out on transactions and their appetite for deals remains strong.

As such, the momentum in the MSP M&A market is expected to continue in 2022.

What’s really important is that the demand for MSP acquisitions is broad based, but three key trends stand out as we survey the MSP M&A landscape in 2022.

Private equity (PE) firms were involved as buyers in 49 of the 78 transactions in 2021, or approximately 63% of all transactions. Our review found private equity making 13 new platform investments (five were sold by a PE firm to a new PE partner) and being involved in 36 bolt-on deals (an existing PE-owned platform acquiring another MSP). Said another way, private equity has become the dominant force behind the MSP industry consolidation.

To put PE’s emergence as the dominant consolidator into context, we examined 2017 transaction data and noted 23 total MSP deals. Private equity was involved in 43%, or 10 of the 23 transactions. Not only has PE grown to be the driver behind most transactions this year, the volume of PE-related deals has grown 390% since 2017 (from 10 in 2017 to 49 in 2021).

Cowen is tracking 69 PE-owned MSP platforms in the US. Many of these PE-owned MSPs are utilizing a “buy and build” strategy, where acquisitions are a key part of the growth strategy. Acquisitions allow the platform business to accelerate growth, broaden its technology expertise, diversify its revenue streams, expand its geographic footprint, and take advantage of economies of scale.

Successful buy-and-build strategies can create a lot of value, which is a major reason private equity firms are interested in the MSP market. Despite the current pace of M&A activity, the MSP industry remains highly fragmented —some estimate the number of industry participants from 20,000 to 40,000. This level of fragmentation provides a lot of opportunities for numerous PE-owned MSPs to scale quickly through acquisitions.

With the ever-expanding pool of PE-owned MSPs pursuing bolt-on transactions and PE firms looking for new platform investments, private equity will continue to dominate the MSP M&A market in 2022 and beyond.

We are still in the early innings of the consolidation in the MSP industry. Of the 69 PE-owned platforms, 48 have been acquired by their current PE owners since January 1, 2019. However, that means 21 have been part of a private equity portfolio for at least three years. PE firms are in the business of buying and selling companies, so it is natural to assume the MSPs that have been held for more than three years may be up for sale again soon. We expect many of these “older” PE-owned MSPs will trade from one PE firm to another when they do sell.

As stated above, PE firms have become the dominant acquirer within the industry but many other PE firms are interested in acquiring and building an MSP that have yet to do so. Based on conversations with several PE firms looking for their first MSP platform (or a second or third platform), we expect PE buyers will be very aggressive when current PE-owned assets come up for sale.

Below are a few recent PE-to-PE transactions:

Valuations For MSPs Will Remain Sky High In 2022

Although valuation data isn’t readily available for most MSP transactions that occurred in 2021 or previously, it is safe to say valuations were at an all-time high last year. The demand for industry leading MSPs has never been stronger, which leads to robust competition for deals resulting in sometimes eye-popping valuations.

In addition to heated competition, MSP valuations are driven by several factors. The table below describes some characteristics that enhance or detract from valuations.

MSPs that primarily lean toward the right side of the above chart will garner a lot of attention from PE firms and strategic buyers looking for MSPs to buy. Those types of MSPs can be valued at over 10 times trailing EBITDA (earnings before interest, taxes, depreciation, and amortization), with industry-leading firms garnering mid-teens EBITDA multiples or better.

The combination of continued strong M&A market fundamentals and an insatiable appetite among MSP buyers will keep MSP valuations at dizzying heights.

Provided the economy doesn’t falter, we expect at this time next year we’ll be looking back at another monster year in MSP M&A that has been fueled by a ravenous PE community investing in both new platform companies and an ever-increasing number of tuck-in acquisitions.