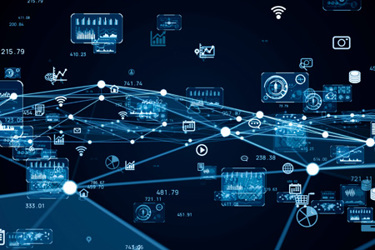 Cybersecurity threats continue to grow yearly, with the threat landscape constantly evolving and hackers’ methods becoming increasingly sophisticated and unpredictable. This complexity, coupled with a large cybersecurity skills gap, is leading many organizations to outsource their security. MSPs and MSSPs must keep up to date on the current state of threats to keep their clients safe. Each quarter WatchGuard Technologies publishes an Internet Security Report which provides insight into the top malware trends and network security threats over the previous three months.

The most striking statistic from the Q2 2022 Internet Security Report revealed that 81% of malware detections came via TLS-encrypted (specifically, HTTPS) connections. Despite an overall decrease in malware volume, the significant surge in encrypted malware continued a worrisome upward trend seen in previous quarters. In other words, attackers are reducing the volume of malware they’re attempting to deliver in favor of more elusive malware. As a result, organizations relying only on signature-based antivirus and not inspecting encrypted traffic at the network perimeter are simply not detecting the majority of malware hitting their networks.

Other important findings to keep in mind include:

While overall malware attacks in Q2 fell off from the all-time highs seen in previous quarters, the jump in TLS-encrypted connection-based detections could potentially mean that threat actors are shifting their tactics to rely on more evasive malware. So, if there’s one key takeaway for MSPs, MSSPs, and their customers, it’s those traditional anti-malware solutions alone are just not enough when defending against today’s threats, and they should leverage TLS deep packet inspection (DPI) if network security products.

Organizations need a comprehensive, multi-layered cybersecurity strategy, with different types of security (such as network, endpoint, Wi-Fi, and identity protection) working together to speed up threat detection and response processes. By staying tuned in to today’s threat landscape, MSPs and MSSPs can protect their customers against the scariest bugs lurking in the corners of the internet.

Recognized as a thought leader in IT security, Nachreiner spearheads WatchGuard's technology vision and direction. Previously, he was the director of strategy and research at WatchGuard. Nachreiner has operated at the frontline of cyber security for 16 years and has been evaluating and making accurate predictions about information security trends for nearly a decade. As an authority on network security and internationally quoted commentator, Nachreiner's expertise and ability to dissect complex security topics make him a sought-after speaker at forums such as Gartner, Infosec, and RSA. He is also a regular contributor to leading publications including CNET, Dark Reading, eWeek, Help Net Security, Information Week, and Infosecurity, and delivers WatchGuard's "Daily Security Byte" video on Facebook.