By Dave Sobel, The Business Of Tech 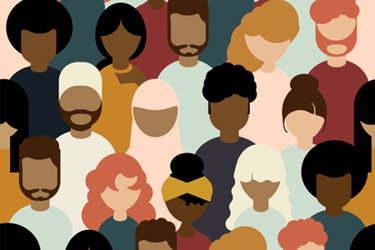 We love metrics in our industry. Everything is a metric. We have data and statistics and performance numbers and best in class performance, but when it comes to looking at diversity, we don’t. In an industry that measures everything, there aren’t a lot of metrics here to measure.

You can’t manage what you don’t measure. We say that all the time. Here, however, it’s lacking. Who is leading us? How can we change if we don’t know where we are, or who are the leaders and what do they look like?

So I set out to measure it and detailed the process in my full editorial video. Here’s what I found.

Across 100 channel companies, there are 876 individuals that these companies have identified as leaders:

I broke out the public companies, of which there are 40, with 506 leaders:

I ask on the podcast each day, “Why do we care?”

The obvious first reason is that it’s the right thing to do. Leadership teams should reflect the people working at the company, and they should look and sound like those people.  There’s a commercial set of reasons too. Research shows that diversity increases profit for businesses of all sizes. To understand your customers, you want to look more and more like them to understand them, and if we’re “white” and “male”, there are huge swaths of potential customers we’re not in touch with.

In fact, on the Monday, September 14th episode of the podcast, I dug into companies that achieve financial performance above the national industry median for companies in the top quartile vs. the bottom – companies with diverse boards are 43 percent more likely than non-diverse boards to achieve this.

From that same episode, Deutsche Bank reports a 10 percent lower level of broadband penetration for Black households than white. Let’s say this another way – for businesses focused on e-commerce or online delivery of solutions, a portion of the population is 10 percent less able to access your services. That is market limiting.

Case in point, a Pew Research report released in January highlights a pervasive problem of racial and gender bias among STEM-oriented workers, especially those working within the high-tech industry. The same study also throws cold water on the often-cited reason for lack of diversity in the tech industry; namely, a “pipeline” problem caused by a dearth of minority and women job candidates. Pew’s African American and Hispanic respondents undercut this argument. A majority of these respondents told Pew they were indeed in the pipeline, seeking high-tech industry jobs. Yet they either weren’t selected for the job after their interview process, or they were hired but left their employment thereafter due to diversity issues in the workplace.

Here are my observations.

First, we can’t do what we’ve done before and expect better results. There have been conversations about “Women of the Channel” for over a decade, and from my basic research here we’ve only outperformed race by about 3 percent and notably, women are more than 50 percent of the population.

We have to acknowledge that the efforts have failed. They have not resulted in change, and this is frankly too important to take the same speed to market. To make real change, we are going to have to do something a lot bolder.

In the research report, I report on five sets of specific actions to take, two of which can be done immediately.

This is intended to be a call to a harder conversation.

Tech wants to be disruptive. So take on something big.

Tech wants to innovate. So take on something big.

Move with purpose. We CAN do this.

But doing the same discussion about diversity and inclusion with race that we did for gender is not going to work.

Dave Sobel is the host of The Business Of Tech and a leading expert in the delivery of technology services with broad experience in both technology and business. He owned and operated an IT Solution Provider and MSP for over a decade, both acquiring other organizations and eventually being acquired.