How The Cloud Killed The IT Guy 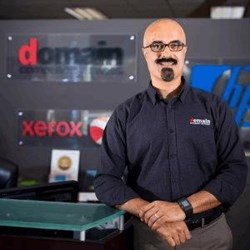 The demise of the IT guy has been predicted for at least 10 years. The thought was as everything started moving to the cloud, there wasn’t going to be much left to do for the IT guy. After all, if all an IT guy did was babysit and maintain physical servers, and if those servers were migrated to the cloud; then why do you still need an IT guy?

So the cloud was supposed to kill the IT guy.

But that’s not what happened.

IT guys are still around and paid more than ever. Moving servers to the cloud didn’t get rid of servers it simply made them virtual or moved them to data centers managed by someone else. The “Cloud” after-all is not some ethereal Internet energy, it is storage, software and servers provided to you as a service instead of as a physical box. These services however ultimately do tie back to some physical boxes, they are just of a different size and scale than most businesses would manage themselves. Rather than sit in your office, these servers are hosted by folks like Amazon, Microsoft and IBM. All of which have some very well paid IT guys to run the gargantuan technology architecture required to provide their own flavor of “Cloud” to the masses.

So does that mean all we did was kill the local IT guy and give it to a higher paid one at Amazon?

On a weekly basis we still hear, “We don’t really need our own IT any more since we moved everything to the cloud, right?”.

What they don’t tell you about the cloud is that most of the true “Cloud” implementations out there like Amazon EC2 or Microsoft Azure are fully unconfigured, barebones virtual servers that the cloud providers don’t manage, maintain or even have the permissions to look inside. It is simply virtual real estate to run your virtual servers. These servers are a blank slate and require virtually all the same software maintenance and management IT guys had to manage with physical local servers minus the dusting.

The reality is that a good IT guy is now more important than ever. When a firm had all their data in one server room it was much easier to manage security, backup and data protection since it was all in one location. Now with a firm’s sensitive data spread all over the place, maybe some local, some at Amazon, some in Office365, some at Google, some at Dropbox, some at Salesforce.com - it is more complicated than ever. Some of the services listed above provide a full complement of cybersecurity protections, however others provide none at all out of the box. Not only did the Cloud not kill the IT guy, your IT guy now better be really smart.

The one thing the Cloud did kill was the stupid IT guy (aka the server jockey). Mr. IT Guy if you don’t understand integrating various Cloud deployments – Iaas, PaaS, Saas, and every hybrid variation in between; you will soon be out of work. Risk management, compliance and particularly Cybersecurity have all become more, rather than less, complicated because of the Cloud. The days of needing an IT guy to just babysit a server and install computers is over, the need now is for solution providers who can help firms get the most out of their technology – local or on the Cloud.

Rashaad Bajwa is the President of Domain Computer Services Inc. in Cranbury, NJ. Bajwa has 20+ years of IT experience, is an HTG Peer Groups member, and was a speaker at the June 2016 Business Solutions Channel Transitions conference in Philadelphia.