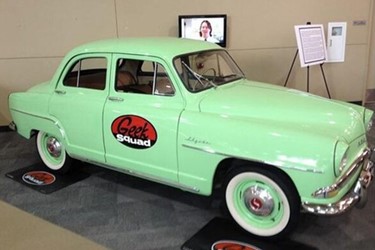 If Geek Squad is a nursery school for MSPs, its founder Robert Stephens, is the headmaster.

Stephens has moved on from the iconic IT services company he started after dropping out of college in 1994. He’s also moved on from the CTO role he assumed at Best Buy, years after selling his once one-man-and-a-bicycle business to the company that would make it the keystone of a more than $3 billion services business. But he’s still in the game, and one of its most colorful players. Stephens is co-founder of the chatbot startup Assist, a company that’s bridging text and voice technologies to enable cutting-edge digital customer service for some high-end, tier-one retail and consumer brands.

I sat down with Stephens in Phoenix last week at the SolarWinds Empower user conference. Among many interesting points in our conversation were exchanges about IT Services marketing and pricing.

When Stephens launched Geek Squad on the heels of his first business attempt—a bicycle-driven, single-man IT service shop called Techno Medic that lasted about three months—he knew more than anything else that he had to get noticed. He didn’t have a marketing budget, so he had to get creative. It was his early success with some very creative marketing that instilled an anti-big-budget-marketing mentality that he carries to this day. Stephens, still a “solopreneur” at the time, knew he wanted to attract affluent clients. He surmised that they hung out at the opera. So he trolled the opera house in a light-teal colored, 1958 Simca Aronde emblazoned with the Geek Squad logo on its doors. To make sure he was noticed, he let enough air out of the car’s fat, white sidewall tires to ensure they’d let out a little squeal on the pavement as he turned slow laps around the block.

“If you’re not on a house call or a billable hour, you better be marketing your ass,” says Stephens. “I don’t care how big you are or how big you want to be, you have to find a way to punch through the short attention span of your target audience.” Advertising, he says, won’t cut it. “Advertising is a tax you pay for being unremarkable.”

I asked Stephens for his opinion on the pricing struggle that so many new IT service providers face—and how to rationalize a higher, more deserved rate for their services. “I solved the pricing struggle by going to flat rate,” he says.  At the time, break-fix businesses like Geek Squad were almost exclusively charging by the hour. Company A wanted $50. Company B wanted $40, and so on. “I said, I’ll fix your problem at a flat rate for $190,” says Stephens. “When my prospects asked, what if it takes ten minutes? I replied $190. When they asked, what if it takes two hours, or ten hours? I said $190.”

Price, according to Stephens, is just a metaphor for any number of other, more important things, things like the value of your product or service, and the problem your customer is trying to solve. “In an hourly scenario, the customer assumes the risk,” he says. “With flat rate pricing, you can hold the line on price for a long time, and you can effectively raise your price [or your profit margin, as it were] by pulling other levers—increasing your efficiency and choosing the right suppliers, for instance.”  Stephens says in the Geek Squad model, much of that efficiency was achieved via Uber-like dynamic dispatching. “If I could squeeze in an extra service call per day, I could build 20 percent more revenue that day without raising my prices.”

Stephens also advises that in commodity industries—and some of our IT services are indeed commoditized—service providers shouldn’t be afraid to drop a price and raise one somewhere else. He points to email management as an example. “E-mail is a commodity. Your clients can get it for free and it works. Call your management of client e-mail a marketing expense, give it away free for up to ten seats, and charge a higher margin for something else, like QuickBooks hosting or a specialized service you offer. Knowing where the high and low margins are and manipulating your offer accordingly, that’s the fun of being in business,” he says. “Don’t stick to the plan. It’s like Mike Tyson said, ‘everyone has a plan until they get punched in the face.’”