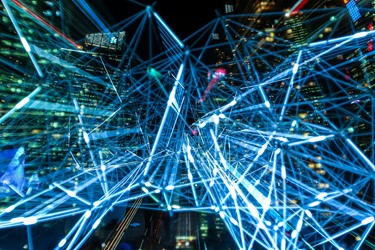 CompTIA’s 7th State of the Channel research reveals opportunities and challenges of these new markets.

While still nascent for many channel firms, emerging technologies are nonetheless generating tons of excitement and becoming a growing part of portfolios. That’s made abundantly clear in the findings of CompTIA’s recently published 7th State of the Channel research, where study respondents cite emerging tech as the No. 1 driver of change across the tech ecosystem.

The ability to build a business around artificial intelligence, virtual reality, blockchain, drones, IoT, etc., will take companies into a future growth path, for sure. Consider that by 2021, research firm IDC predicts emerging technologies — including IoT solutions, robots and drones, augmented reality and virtual reality (AR/VR) headsets, and 3D printers — will account for almost a quarter (23 percent) of total information technology spending. The opportunity and relevance are very real.

But getting there will test firms on several fronts; most notably in areas of skills and training, and cost of entry. For the average SMB-sized channel firm, pivoting to emerging tech has significant ramifications for cash flow and human resources.

It’s instructive to break down what emerging tech really means to get a sense of the opportunity. While often placed in one universal bucket, many of these technologies are quite distinct from one another, while others are truly complementary. That leaves lots of choices from a channel perspective. It’s not unlike the advent of cloud computing 10 years ago, which prompted a host of questions from solution providers: “Is this an opportunity for my business or a threat?” “SaaS, PaaS or IaaS?” “Which, if any of these technologies are a good fit for what we do today?” “Can we find the right people to drive these initiatives?”

All valid questions. But based on study findings, sentiment for emerging tech is mainly positive, despite this maze of options to consider. And while many channel firms are early on the adoption curve, they mostly view these new paradigms as a business opportunity, one that despite inevitable growing pains will eventually reap rewards. To wit, three quarters of respondents say that emerging tech represents a revenue opportunity, compared with just 14 percent that consider it a threat to the channel and another 9 percent that are ambivalent to its potential.

At what stage are today’s channel firms with emerging technology? Half report being in a production stage, meaning that one, some or all these technologies are an active part of their portfolios today and are being sold to customers. This percentage creeps higher the larger the channel firm is in size, which makes sense from a resource, skills staffing standpoint. Also, understandably, respondents in technical positions at their firms are more likely to report being in the production stage with emerging technologies compared with staff on the business side of the house. Fifty-seven percent of technical workers said they are working with at least some emerging tech as part the portfolio vs. 43 percent of business workers (sales, marketing, etc.).

All this being said, a caveat is in order. The reality is that many of these emerging technologies are very nascent in terms of practical products on the market and widespread adoption among customers. The channel’s experience with these technologies is likewise new. It is quite likely that the 51 percent of respondents that said they are in production mode with emerging techs could be talking about a single customer engagement or experience. It’s unlikely that they are garnering significant revenue from these technologies. As the data reveals, most channel firms continue to reap the bulk of their sales from existing business models, products and services.

Looking ahead, however, the opportunity behind these technologies is promising. And channel firms are doing much legwork to get up to speed on the details, including taking steps to hire the right talent to deliver on their initiatives in this space. Consider that half of all respondents expect most of their revenue in the next two years to come from net-new business. It stands to reason that much of that new business could be predicated on emerging tech solutions.

While the data make clear that the channel views emerging tech mostly favorably, it’s still unclear how knowledgeable are they about individual types of technology, whether they are working with them currently or plan to in the future.

When it comes to familiarity with individual emerging techs, it’s no surprise that IoT rises to the top of respondents’ knowledge list. Forty-seven percent of respondents professed significant familiarity with IoT, with another 39 percent saying they had at least some knowledge of the technology. IoT solutions, which encompass myriad elements from hardware sensors and other devices to data capture/analytics software, have been on the market longer than most of the other emerging techs. And many channel firms have at least begun working with IoT in some fashion, chiefly selling and installing devices along with providing some managed services around those devices.

Medium- and large-sized channel firms had a higher degree of familiarity with IoT than smaller companies. Roughly 6 in 10 of the two larger groups vs. 30 percent of small firms said they had significant knowledge of IoT. Not surprisingly, IoT solutions (both hardware and software) ranked at the top of the list of emerging technologies that respondents are either experimenting with or currently offering. The next two technologies after IoT were artificial intelligence and virtual reality.

Across the board, tech-oriented workers reported having the most detailed working knowledge of emerging tech compared with their colleagues on the business side of the house, which makes sense as they represent ground zero for testing out new products and solutions. In the aggregate, roughly 45 percent of all respondents said they had some knowledge/familiarity with each individual emerging technology on the list, from IoT to robots to blockchain. About a quarter of all respondents acknowledged little familiarity with these solutions, blockchain being the one technology with the largest knowledge gap.

With any new endeavor, come challenges; emerging tech is no different. Available resources, skills training needs, hiring difficulties, and the fear of the unknown are among the hurdles that channel respondents say they are grappling with as they dive into these new areas. This gap builds upon existing challenges the channel is facing as it continues efforts at digital transformation. But just as channel companies have tackled business model reinventions around managed services and cloud computing, they are not shying from this latest raft of new offerings.