By Dave Sobel, The Business Of Tech Podcast 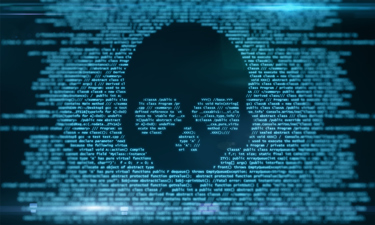 Microsoft announced its new RMM tool, Lighthouse. Think about that – Microsoft now has an RMM. It uses all the buzzwords we’re familiar with – “reduce operational overhead”. “Onboard, monitor and manage Microsoft 365”. “Standardize”.

This comes on the heels of their new streamlined setup for organizations using Microsoft 365 within the Admin Center. Windows Defender Antivirus will be activated, as well as web filtering and protecting files with BitLocker Drive Encryption. Notably, for the security settings to be applicable, the end user PC needs to be enrolled in Intune.

I firmly believe Microsoft is looking to deliver more and more services in the SMB, and commoditized services like antivirus are an obvious place to make moves into with their foundational services in Microsoft 365. Delivering Microsoft as a platform includes the core OS, the core office functionality, and thus also basic security pieces.

Intune is their play. They have slowly been investing in this platform and making it more and more substantial – so much so that SolarWinds recently announced integration there rather than competing with that functionality.

For a typical services provider now, factoring this into your offerings is critical. As reported previously, the company has offerings coming around delivering the support services, and here they are including more of the basic components into their service. You could build an entirely new provider around Microsoft offerings, and I believe some will. If you’re an existing provider, plan to pivot to address this, or be ready for the impact.

These moves change the game but you have plenty of time. What do I mean by this?

What most technology services companies do is look at the current release and decide if this is valuable to them now. This makes sense – you’re an assembler, not a builder.

Assemblers take technology components and put them together to make them form something bigger. Don’t think I’m being dismissive – this is a very important role, and companies all along the value chain need this capability. The iPhone requires both skills – assemblers to make the physical device, builders to invent the software (and in Apple’s case, now envision and create the silicon itself).

Most providers are assemblers – and assemblers look for components off the shelf, and thus they must be there RIGHT NOW. If it's not there now, it’s not useful. You can’t assemble on future promises.

The trick is that you must be assembling now and positioning to where the market will be.

Is it the right tool for next year? Or two years from now? That’s the question to be thinking about.

Those who are debating features of the product are missing the point. My favorite comment was “If it doesn’t have PowerShell, I’ll never use it.”

Don’t get me wrong, I think PowerShell is powerful, useful, and relevant. And I do not predict Microsoft will phase it out any time soon. But this statement is like saying “I’ll never stop using MS-DOS” or VBScript. Sure, you will. More importantly, these will fade into the background.

The future of management is that you don’t need to script it yourself, but instead configure management policies. You can see this in software development trends – serverless and codeless compute are the direction. You manage fleets of other devices not by writing scripts to control it, but by configuring policies.

Which is exactly the tool Microsoft has built.

As I covered on the podcast, Intune is this policy management tool, and even RMM providers get this – SolarWinds MSP has ceded the space Intune has carved out and will integrate with them rather than build a competing product.

The question is all about timing. Don’t debate the current feature set – you’re looking to see where this product fits into the larger plan, particularly from Microsoft – a company that can afford to play a long game. Remember, they just paid $7B in CASH for a gaming company to play the long game for subscriptions in their Xbox unit. They can afford to invest here and take their time.

You need Microsoft. You can’t escape them. They’re Microsoft 365, they’re Azure, they’re all the parts you need. And if they offer the things you can do already and remove one more tool and vendor, they just made things easier.

Remember, they need a tool too – because they’re launching their own management service. They are going to build it, and they’re happy to sell it to you to monetize it. And how do I know Microsoft is building it? Well, besides the job listings for Cloud PC I’ve reported on the show, and the fact they already offer it in the enterprise, I can see that in the moves from Lenovo and HP.

If I were starting an MSP today, I’d start instead by focusing on a line of business technology that I could leverage. For example, looking at association management software, and building expertise there to leverage to drive those business outcomes. This is the same as building around Salesforce as a platform. Thus, this is my key partnership to start the business with.

I wouldn’t consider IT infrastructure as the lead. I would build my stack starting with what I needed to solve the customer's problem – the line of business application – and I built from there.

Your new competitor isn’t built the way you are. They don’t have your legacy. And without that legacy, they are going to look a lot different.

A new competitor isn’t thinking about all that legacy stuff. They aren’t dragging that along with them. They don’t care about sunk costs. They aren’t investing in tools that were created 15 or 20 years ago and dragged along.

They are ahead of you on the race to the future.

And they love the idea of building businesses on top of the ecosystem the large vendors are bringing to them. They’re happy to partner and build on top of that future.

Note I’m not saying to abandon any of your legacy business. In fact, I think you are stronger for having it. What I’m saying is that you need to make sure it’s not your core value. If you think you’re going to compete on the same service you’ve been delivering for a decade, you’re not ready for the future.

Just don’t think what you’re doing now is going to be the same – nor have the same requirements. You probably bought an RMM because it monitored for hard drive failures – who worries about that anymore? Remember when “cleaning out temporary files” was a thing? The problems these core tools were built to solve are problems we don’t think about anymore – particularly on endpoints.

This is the action I want technology services providers to take. Deconstruct your need and think about things in functions rather than technology.

You don’t need PowerShell – you need the ability to make changes to system configurations.

You’re moving to higher ground to defend against the flooding. Moving “up the stack” means deemphasizing those services you built your business on because vendors are coming for that business just like they always have. It’s not new. It’s the slow-moving rise of the tide.

Now, you may be screaming “Dave, you’re all wrong.” Great. You have your own opinion. Set your course. Make your bet. You just can’t complain later that you were surprised.

The frog in the pot didn’t feel it as the water slowly got hot.

Dave Sobel is the host of The Business Of Tech and a leading expert in the delivery of technology services with broad experience in both technology and business. He owned and operated an IT Solution Provider and MSP for over a decade, both acquiring other organizations and eventually being acquired.