After an MSP’s food distributor client was infected with ransomware, a fast data recovery from an appliance-based BDR (backup and disaster recovery) solution saved the day.

Datasmith Network Solutions (Datasmith) has been providing managed IT services for more than 30 years. Company owner, Paul Smith, is no stranger to the ever-changing innovations in the IT industry. Datasmith consistently researches and analyzes the latest IT solutions to continuously improve its services. One technology that Smith says has changed immensely over the past 10 years is backup, evolving from tape to disk and from physical backups to virtualized BDR solutions, which combine local disk-based backup with a cloud backup strategy. 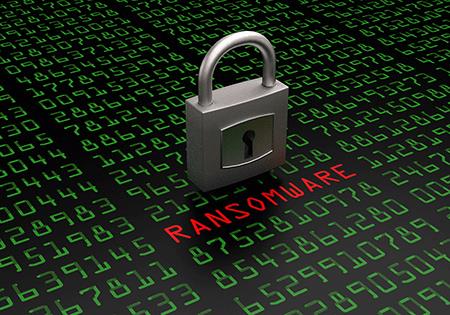 As Datasmith’s managed services practice has matured, it’s also learned that leaving any part of the backup process to customers’ discretion is not a viable strategy. “Fortunately, we didn’t have to learn this lesson the hard way,” says Smith. “A few years ago, after testing appliance-based BDR solutions, we realized this was a much better fit for our customers, and we decided to make this part of our managed services standard offering. Unlike file-based backups, BDR solutions back up the operating system, drivers, and the entire system state, which reduces data loss and saves time during data restores. Plus, BDR solutions automatically make a second copy to the cloud, which eliminates the need to manually remove external drives each night.”

Datasmith’s client, All Natural, is a good example of the MSP’s BDR strategy. The client is an organic food distributor headquartered in Foxboro, MA and has a warehouse in Las Vegas. It has 30 employees and operates two servers for critical data and applications, totaling approximately 200 GB. “When we first engaged with them years ago, we sold them a filebased backup and recovery solution that backed up their files and folders each night,” says Smith. “The client made a second copy of its data, which it put on an external drive and took off site as an added precaution.”

CryptoLocker Puts MSP’s BDR Strategy To The Test
After evaluating several BDR solutions, Datasmith selected Axcient Business Recovery Cloud and started converting its clients who were using the file-based backup system. All Natural was one of the first of Datasmith’s clients to be upgraded, and within a few months after the implementation the BDR was put to the test. “An employee received a phishing email that appeared to be from UPS, but when opened it launched the CryptoLocker ransomware virus,” says Smith. “Within a few minutes, the virus took over an entire server and encrypted all the files.”

After being alerted to the problem, Datasmith quarantined the virus, but the damage was already done to one of the main servers. “We were able to spin up the client’s server from the most recent restore point within minutes on the local Axcient appliance,” says Smith. “We then used the Axcient appliance as a file server while we cleaned up the infected server, and the entire process was transparent to the client, and no data was lost. This same process would have taken days to accomplish if we were still using the file and folder backup solution, plus the client would have lost up to 8 hours’ worth of data. Even though a BDR solution costs a few hundred dollars more per month than a file-based backup solution, it’s a much smarter investment in the long run when you factor in the thousands of dollars a client loses for each hour of downtime.”

The Axcient BDR makes it easier to validate backups, too, says Smith. “With our previous software, we had to hope backups were happening each night, but the only way to validate it was to physically go on-site and log in to the client’s server. Now, we just log in to the Axcient portal, and we can quickly see backup statuses for all our clients, and we’re doing incremental backups every two hours instead of just once a day.”

Use BDR As A Managed Services Litmus Test
After All Natural’s CryptoLocker incident, Datasmith converted all its clients to the Axcient Business Recovery Cloud, and today it’s backing up more than 20 TB of data in the Axcient cloud. Smith says that most companies recognize the importance of data availability and don’t hesitate to pay a little extra for a BDR solution. But, every now and then he comes across a prospect that insists on handling data backups on its own, using a cheaper alternative. “If we can’t convince a prospect to use our BDR solution and to let us manage their backups, then I’ll shake their hand and walk away from the deal. In the back of my mind I know that sooner or later this prospect is going to learn the hard way that cheap is the more expensive way to go.”