Apple In The Channel: You In? 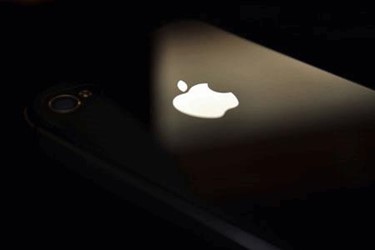 Seven historically valid reasons for VARs and MSPs to ignore Apple, and seven counterpoints on why that might be a mistake today.

Apple is subtly doubling down on the enterprise computing space. The company’s latest moves include some partnership deals that suggest recognition that channels are central to its enterprise success.

As Apple chief exec Tim Cook detailed the growth of the company’s Apple at Work initiative on a recent conference call, he was careful to play up partnerships with enterprise IT giants like Accenture, mega-VAR and launch partner CDW, Cisco, Deloitte, IBM, and SAP. This is effectively the tip of Apple’s enterprise sales spear, but the company would also like to sink that spear deep into the belly of the SMB market, where acceptance and adoption of Apple products for business use remains hot. SMB is also a market in which IT procurement and services are heavily channel dependent, which sets up an interesting scene.

Historically, service providers, and more notably VARs, have been decidedly cool to the sale and service of Apple products for a host of good reasons, some of which remain true today. Among them:

Paints a pretty bleak picture, doesn’t it? These perceptions and historic realities would certainly temper my enthusiasm for adding Mac sales to my line card, despite the growing popularity of iOS devices and the company’s brand power. The thing is, some of this stuff isn’t true anymore. Or soon won’t be. Here’s why VARs and MSPs are wise to let bygones be bygones and give Apple another look.

These realities make onboarding Apple look like a promising bet. I can name a few service provider business activities that yield potentially worse margins than even hardware sales. All-you-can-eat break /fix and service offerings that support crappy hardware and applications, for one. Or flat-fee managed security services for inherently vulnerable networks and devices. Support of unstable IT environments has hampered many an IT provider’s bottom line. An Apple IT environment is decidedly not that.

If margins are low on hardware sales anyway, why not sell cool, sexy hardware your customers want? Why not charge monthly IT service and support fees for services and support that’s rarely necessary anyway, and enjoy that margin? Why not help dispel the notion that iOS is invincible and begin offering managed security services for Mac environments?

Have you found success reselling Apple or offering managed services for iOS devices? Have an opinion on why Apple’s enterprise push will—or won’t— benefit channel partners? We’d love to hear about it.