SMBs And Cybersecurity In 2019: The Shift From Complacent To Critical 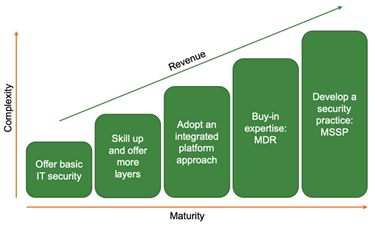 As more SMBs realize they are no longer able to fly under the proverbial cyberattack radar, there’s a big opportunity for managed service providers (MSPs) at several levels to get in on offering security services.

The plight of SMBs facing cyberattacks has been a predictable story: smaller companies with limited budget, staffing, and expertise rarely fare well when faced with an attack. And, for the longest time, SMBs seemed reluctant to acknowledge that every SMB is a potential target. In 2019, SMBs offer cybercriminals enough potential return on investment to be just as viable a revenue-generating victim as mid-market and enterprise-level organizations.

From the latest data from global insurer Hiscox, it appears SMBs are finally aware of the problem—and their inability to do much about it. According to their 2019 Cyber Readiness Report, nearly half (47%) of small businesses—and over half of businesses with more than 50 employees—have experienced cyberattacks in the last 12 months. That’s a 59% average increase over 2018. SMBs are also keenly aware of their lack of expertise, with 74% considering themselves “cyber novices” who aren’t prepared to handle an attack. On a positive note, according to the report, even the smallest of SMB is now spending some portion of their budget on cybersecurity measures.

Let’s recap the Hiscox data: SMBs know they’re under attack, they are aware how little they can do about it, and they have demonstrated a willingness to spend money on the problem. Sounds like an opportunity, doesn’t it?