Making The Case For Security Cameras In Schools And Colleges 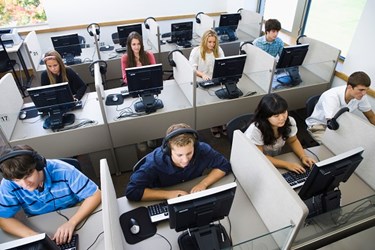 Cameras in classrooms can deter violence, theft, and bullying—and help police respond to unfolding incidents. At the same time, their presence raises questions about privacy, the nature of learning spaces, and intellectual freedom. eCampus News looks at what it takes to secure classrooms while preserving an institution's primary mission of education.

In 2015, a TV news investigation in Dallas captured disturbing footage of a teacher locking an eight- year-old child with autism in a padded closet, a disciplinary practice apparently employed by several North Texas schools. The outrage that followed paved the way for a new Texas law requiring schools to record all teacher interaction with special-needs students in class at the request of a parent.

The use of video surveillance in K-12 schools and higher education is nothing new, of course. More than 90 percent of educational institutions in the U.S. already use security cameras, according to a 2016 survey by Campus Safety Magazine , with 79 percent planning to install additional camera systems over the next three years. Typically, though, these cameras have been used to monitor public areas, such as parking lots, athletic stadiums, hallways, stairwells, and common areas. The idea of video surveillance in classrooms—epitomized by Texas law SB 507—has gained traction only in recent years.